On 27 October 2021 the Government introduced legislation to give effect to some of the key super measures announced in the 2021 Federal Budget.

The measures included in the Bill are:

Note: The Bill does not include changes proposed in the Budget regarding the temporary opportunity to exit certain legacy pensions and relaxation of residency requirements for SMSFs.

When will the changes take effect?

The proposed commencement date for each measure to take effect is from 1 July 2022, assuming legislation is passed before that time. In addition to changes to the Superannuation and Tax Acts, changes will also be made to associated regulations to give effect to the measures.

If passed, the changes may provide new contribution opportunities for clients and will simplify some of the complexities associated with certain contribution eligibility rules.

The measures and some of the potential opportunities are summarised below.

Removal of the work test

The work test (and work test exemption) will continue to apply for all other contributions where a work test currently applies, including personal deductible contributions. There will also be no change to the current rule, requiring eligible contributions to be received by the fund no later than 28 days after the month in which the member turns 75.

The Explanatory Memorandum notes, however, that the amendments do not intend to allow individuals approaching age 75 to bring forward NCCs for future years, where they would have otherwise not been eligible to make NCCs based on their age. Where a person is approaching age 75, care will need to be taken to accurately calculate their capacity to make NCCs.

The amount of voluntary contributions which can be made in a financial year and later withdrawn under the scheme remains limited to $15,000, which means to maximise the benefit of the scheme, contributions will need to be made over a longer period of time. There is no change to the requirement that these contributions must be made within the person’s existing contributions caps.

Removal of minimum threshold of salary and wages for SG

The minimum monthly income threshold of $450 that currently applies to determine eligibility for SG contributions will be abolished. Currently, an employee who has monthly ordinary time earnings of up to $450 is not eligible for SG.

If passed, the measures will provide significant opportunities, particularly for older Australians, to contribute to super. As a result, there may be a number of strategic opportunities available to provide advice to clients. Key opportunities may include:

Where to from here?

Both the House of Representatives and the Senate will sit for several days in late November and again in early December. It is unknown at the current time, whether the measures will be contentious, and whether the Bill is likely to pass prior to a Federal election.

While it is important to monitor the progress of the Bill and consider the potential advice opportunities which may result, it is important that advice is not provided in relation to any of these measures before they are formally made law. 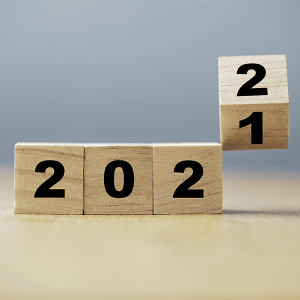